Felice Dougherty on life in Ethiopia

A young couple flies to Lesotho to meet the little boy they’ve adopted, but all the clothes they’ve brought will have to wait until he grows into them because as it turns out, he’s only 18 months old. Just a year or two later, it’s the Democratic Republic of Congo that awaits when they make the trip to meet their daughter.  This time around, they’re expecting a 5-year-old and are met by an 8-year-old.

Felice Dougherty is an educator and travel enthusiast who has been stuck at 98 countries visited for over a year. When she is not planning her family’s next adventure, she teaches second grade at the International Community School of Addis Ababa. At home, she often pretends she is on the cooking show Chopped. In her kitchen. By herself. Her two children and husband enjoy her culinary creations–or at least they say they do because they know better. 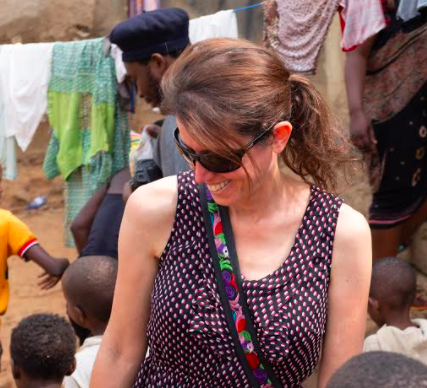