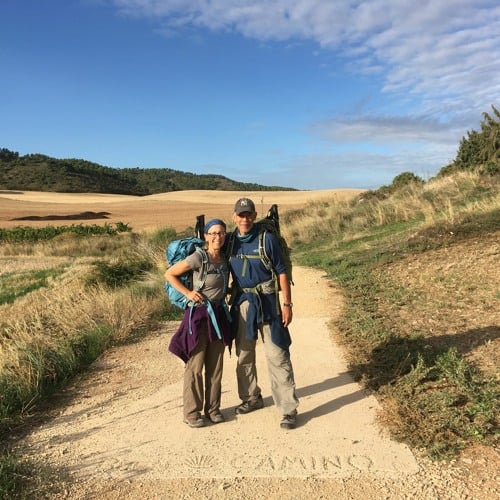 Thom and Penny are two ordinary people, like you and me, who needed a break from their lives and decided to go and walk the Camino de Santiago, in Northern Spain. In a nutshell, the Camino is a network of routes across Europe that ultimately lead to Santiago de Compostela. Sound extraordinary? It is! However, this adventure is accessible to anyone.

After watching the film The Way, Thom and Penny were convinced that they needed to walk the Camino. And what did that look like, practically speaking? Every day for six weeks, they would wake up, start walking and continue on for hours, following the yellow arrows marking the way leading to Santiago, their ultimate goal. They met incredible people from all over the world who reminded them to “stay awesome” and who are close to them still today.

In the full interview, you will learn about the so-called “Camino Magic” and whether you can also find it off the trail. This is a truly heart-warming episode of The Listen Podcast, where you will discover how the Camino changed Thom and Penny… and even your host Kate Jetmore, who also walked the Camino back in 2001. Who knows, maybe they’ll inspire you to take the Camino, too! Like Thom said, anyone can be a pilgrim…

Thom Sesma is a New Yorker and an actor who has appeared in many productions on- and off-Broadway, and on US television. His work has also been seen in many American regional theaters. In 1999, he appeared in the national tour of TITANIC THE MUSICAL with your host, Kate Jetmore. He also teaches acting at the Einhorn School for Performing Arts at Primary Stages, one of New York’s notable off-Broadway theatres.

Penny Daulton is the Company Manager for the Roundabout Theatre Company’s upcoming production of Caroline, or Change (which will be her 26th Broadway show). She is the Vice President of the Association of Theatrical Press Agents and Managers and is an adjunct Professor at New York University’s Tisch School of the Arts (the alma mater of your host, Kate Jetmore).

Thom and Penny live in Manhattan with their dog Willie and cat, Xavier. In 2016 and again in 2019, they walked the Camino de Santiago. 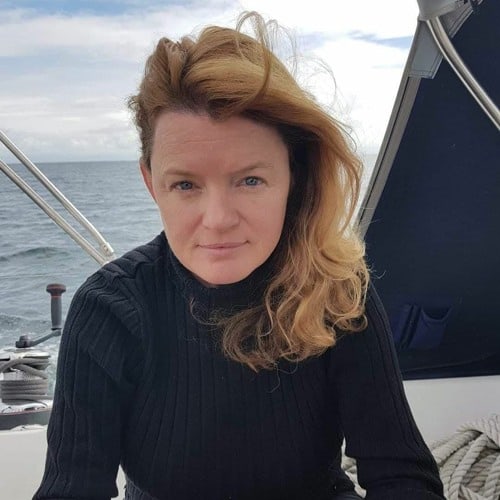 When Sara, an ex-pat living in Paris, falls in love with Peter, an older Brit, they discover a common dream of buying their own boat and sailing around the world. But they just kept putting it off, until they had a wake-up call. When Peter got sick, they realized they had to take this journey once he recovered. So, they bought a boat and sailed off together.

Alone at sea, crossing the Atlantic, they had a safe and quiet trip. They settled into a routine of reading and spending time together. For Sara, the boat felt like home, so she could enjoy feeling comfortable while also having adventures and discovering new places and cultures whenever they reached a new port.

Sara’s history is truly inspiring. She is a firm believer in pursuing your dreams and putting yourself out there. If you want to find out the name of her boat and discover her special tricks for feeling at home while sailing, listen to the interview below.

If you’re interested, you can also visit her blog at: sailingopsimath.com

Born and raised in Austin, Texas, Sara Turman is a public speaking and communications consultant who has lived in Paris for over 25 years. Her life took an indisputably adventurous turn when she met a man who shared a dream she could not resist: Sailing the world. Five years later, she and Peter Richards bought a 37 foot sailboat, and set off from northern France. Though Peter had his off-shore navigating license and “salt-water in his veins” neither had much experience. The couple crossed the Atlantic in 15 days in December 2019, and left their boat “on the hard” in Trinidad at the beginning of the Covid-19 crisis. 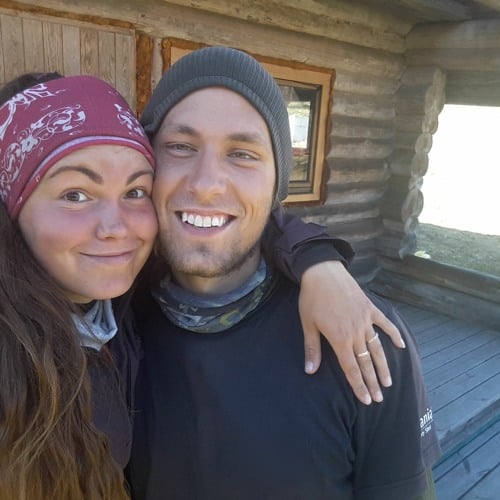 These two adventurous Estonians had the courage to cycle their way around Europe. Starting from their front porch in the middle of the woods, with the goal of reaching Portugal, they packed up their bikes and started riding. They visited a total of 16 countries and spent 8 months on the road.

On their way, they got the chance to meet friendly, kind people who helped them whenever Ats’ bike broke down, which was… pretty often! And even though they only speak English and Estonian fluently, they also feel confident using a different type of communication: body language! A kind smile in the right moment was all they needed.

Though there were times of struggle and uncertainty, they acknowledge that this experience has shaped their mindset. Today, they feel their priorities have shifted and they feel more confident when taking on risks.

Ats Remmelg and Kätlyn Jürisaar cycled across Europe and back again in 2016 and 2017. Natives of Estonia, their trip began and ended on their front porch. Ats is now in his final semester of a BA in Geography, and previously studied woodworking, while Kätlyn has a Masters in Communications Management. They work at the same high school, Ats as a geography teacher, and Kätlyn as a project manager.

S5
Estonians Ats & Kätlyn on cycling across Europe and back again