UU minister Rachael Hayes on committing to the moment

When we invited Rachael to join us on The Listen Podcast, we had no idea that her interview would be recorded against the backdrop of powerful protests following the murder of George Floyd in Minneapolis. As a self-described social justice minister, Rachael had much to share about first becoming politically aware while at seminary, examining what it means to be a white woman, and taking to the streets and raising her voice in support of the Black Lives Matter movement.

Like most others, Rachael’s path has not been a straight one. She was raised in a Catholic home in Louisville, KY, left home to study theatre, sold cheese in a NYC farmer’s market, and spent time on a remote monastery where she ultimately decided to apply to seminary. Now a Unitarian Universalist minister with her own congregation in Amherst, MA, Rachael sees herself leaning in to her work in social justice. And it’s fair to say we’re all a little richer for it.

Rachael Hayes is a Unitarian Universalist minister serving a congregation in Amherst, Massachusetts. She is spending the pandemic learning how to minister to people she can’t share space with, and walking her dog Yuly a lot.

S7
UU minister Rachael Hayes on committing to the moment 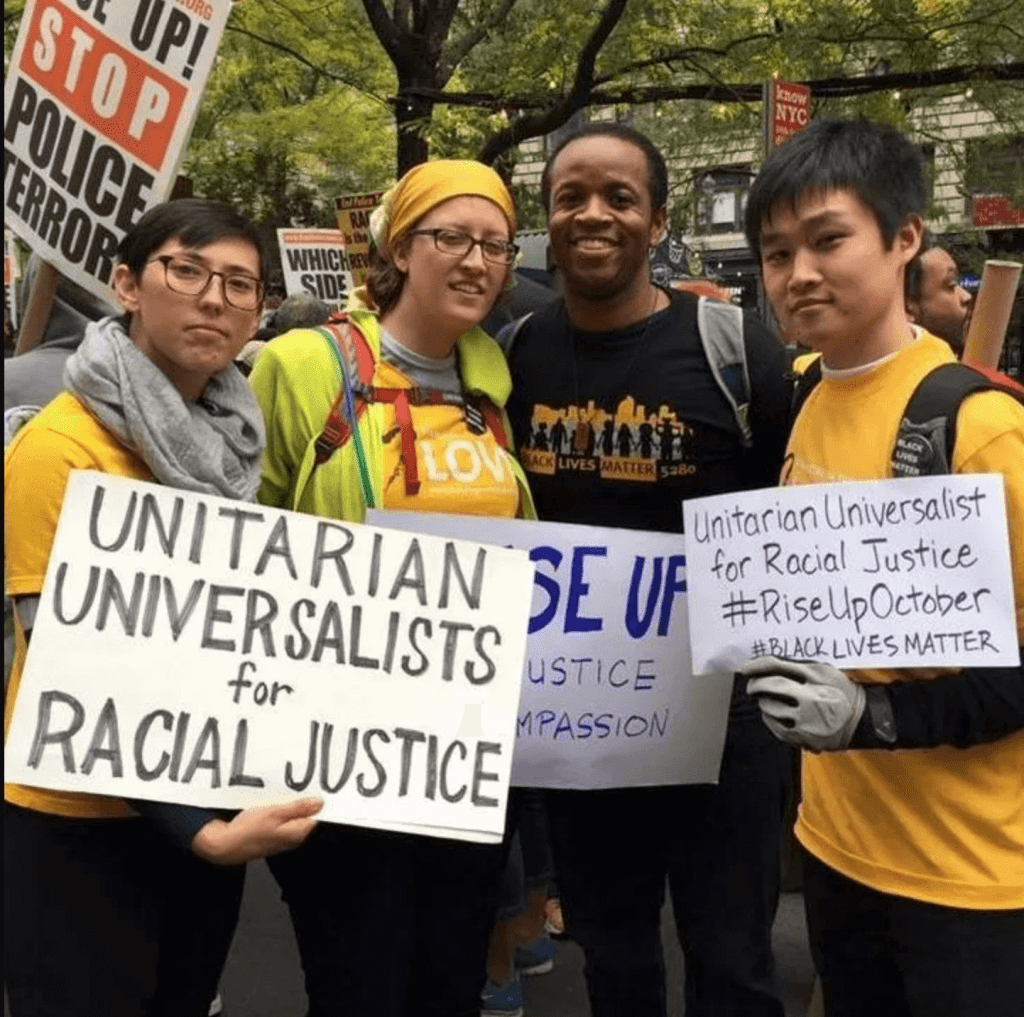