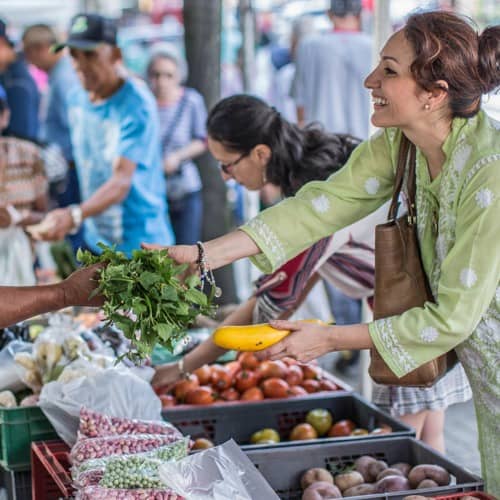 Dolka is a cheerful and friendly Colombian woman with a lot of energy! Currently, she teaches Spanish in Richmond, Indiana, but before that, Dolka owned a small business selling food, juices and smoothies. Over time, she not only nourished the locals, but she also built a small community around her.

Driven by her desire to improve her English when she arrived in the States, Dolka started browsing through the books that she could find; namely, cookbooks! These cookbooks sparked such joy in her, that with time she ended up opening her own establishment: Dolkalicious!

There, in the heart of Richmond’s historic district, she started off by selling fruit juices and smoothies three days a week. Eventually, she began to sell wholesome, home-cooked meals and earned a place in the hearts of the people who would go and eat at her beautiful, cozy restaurant.

Today, as a teacher, she continues to cook and bring food to her students. If you want to find out more about Dolka and Dolkalicious, go ahead and tune in! She even shares some of her cooking hacks… What are you waiting for?

A native of Colombia, Dolka Lina Vazquez holds degrees in Bacteriology, Linguistics and Business Coaching. After meeting her husband while traveling, she moved to the United States. She followed her innate sense of well-being and opened Dolkalicious, an all-natural juice bar. Today, her son is away at college and her daughter, Gabriella, is still at home. Dolka lives in Richmond, IN, where she teaches Spanish full time. 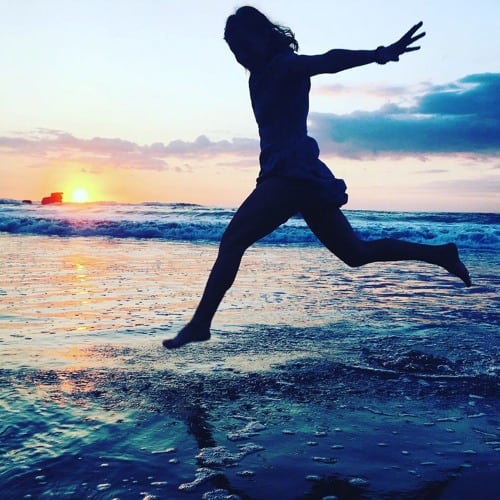 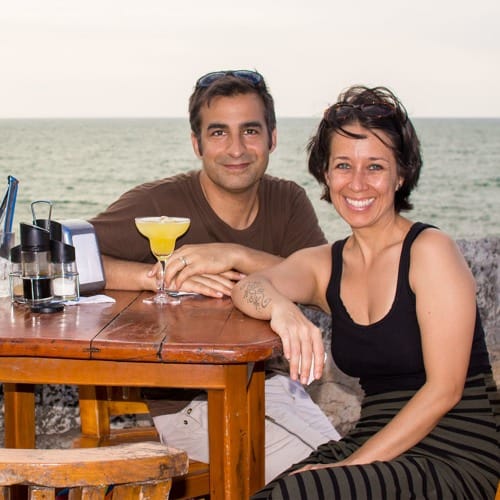 Our guests for our first interview of Season 2 are Olga and Pavan Gulati, who in 2014 launched Juno Health & Wellness in San Francisco. Their goal is to promote integrative wellness using a holistic approach through educational courses and retreats. They provide their clients with specific tools they can use to create and maintain a healthy lifestyle.

Olga, having survived an eating disorder herself, gives us some insightful reflections on how the birth of her daughter and the founding of Juno Health & Wellness inspired her to overcome her own illness. Today, she supports others in their search for balance. She and her husband Pavan also take us through their creative process and the first steps they took when founding their company. Having lived in San Francisco and Olga’s home country of Colombia, they moved to Alicante, Spain, where they have lived for the last two years along with their young daughter.

Olga is a psychologist, life and nutrition coach. Since 2009, she has been dedicated to helping people heal mind, body and soul from an integrative perspective. Pavan has a background in science and today he is the creative director of Juno Health & Wellness.

For more on Juno Health & Wellness